Granular and amorphous materials deform plastically via localized structural rearrangements, although it remains unclear how microscopic structure and material preparation control such events. To address this question, many tools have been developed that use features of the linear response or dynamical matrix to predict the locations of localized rearrangements using structural information alone. However, these methods become less predictive across an avalanche, where stress fluctuations generated by one localized rearrangement can trigger other rearrangements resulting in a large-scale structural change that is not captured by the linear response at the beginning of the avalanche. We have developed a method for clustering activity over space and time to identify the localized rearrangements that contribute to the total deformation in the full avalanche. Therefore, we develop a method to study the linear response of a system during an avalanche by extending existing tools for identifying structural defects and study how the population of structural defects evolves during an avalanche with a goal of developing a statistical description of structural evolution during large-scale mechanical instabilities. 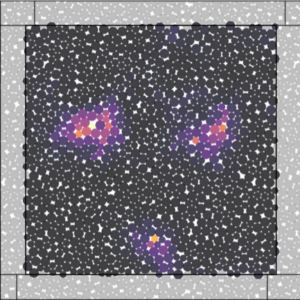 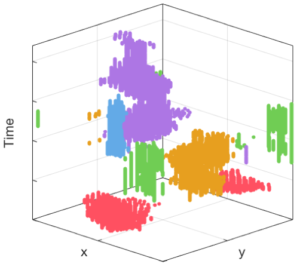