Although 2D vertex models have been successful in describing the mechanics of epithelia, many biological tissues are inherently three-dimensional. To study the properties of such 3D tissues, we developed a full 3D Voronoi-based vertex model. Similar to 2D vertex models, our model exhibits a rigidity transition that is controlled by a model parameter describing a preferred cell shape. Furthermore, the transition is reflected in a geometrical order parameter, which can be extracted from imaging data alone. We also use this system to study the onset of rigidity in vertex models. As opposed to other disordered materials, the onset of rigidity in the 3D Voronoi vertex model is not set by simple Maxwellian constraint counting. Rather, the system is rigidified by the appearance of residual stresses, which in turn appear to be controlled by a purely geometrical criterion related to minimal surfaces. This relation of rigidity to a geometric criterion suggests that the onset rigidity in largely independent of many model details. This may also explain why the rigidity transition is robustly observed across different variants of vertex models. Interestingly, the 2D Voronoi version of the model does appear to be governed by simple constraint counting.
Manning group participants: Matthias Merkel. Daniel Sussman.
Collaborators: Josef Käs, Andrea Liu and Tristan Sharp (U Penn), Jasna Brujic (NYU), Sevan Hopyan (University of Toronto) 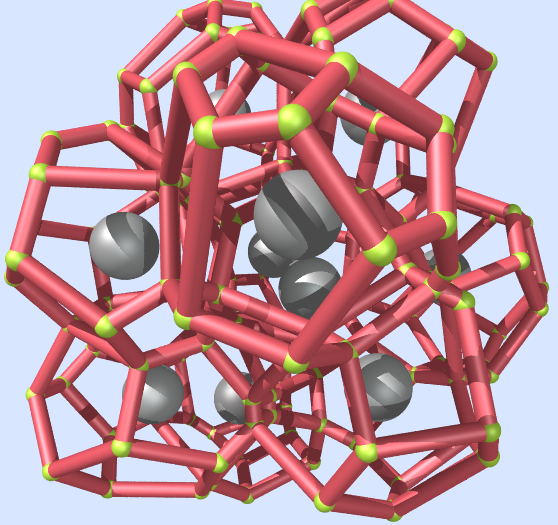